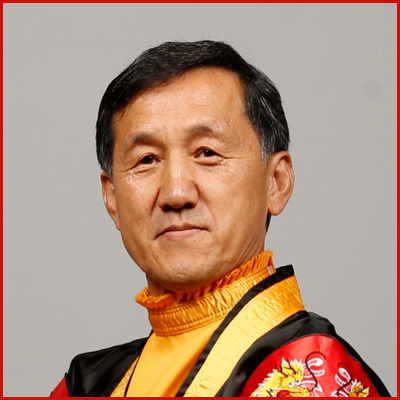 ATA’s 4th Presiding Grand Master, G.K. Lee, was born in 1957 in Daegu City, South Korea.  As a small child, he discovered martial arts through television and began training when he was in 2nd grade.  G.K. Lee received his first black belt in Tang Soo Do when he was only 12 years old. He followed in the footsteps of his older cousin, Grand Master H.U. Lee, who ultimately founded the ATA.

As a young man, G.K. Lee served in the Korea Army teaching Taekwondo.  After serving in the Korea Army, G.K. Lee began teaching martial arts at the U.S. 8th Army Base in Seoul, Korea.  His passion for Taekwondo continued to grow and he knew he ultimately wanted to change lives through its instruction.  In 1984, he moved to Florida to begin teaching at an ATA school in Panama City and continue the spread of Taekwondo across the United States.

In the early 1990s, G.K. moved to Little Rock where he started his journey at the ATA International headquarters.  He immediately began developing the Black Belt Program and weapons systems for the organization.  Under G.K.’s leadership, ATA introduced Protech weapons and specialized defense tactics as part of their curriculum.  This was a monumental addition to the traditional curriculum and was a turning point in ATA’s training division.  Today, he serves as the International Director of Protech at ATA’s Little Rock headquarters.  He is also a member of the organization’s Founder’s Council and Masters’ Council.

Grand Master G.K. Lee is well-renowned in the martial arts industry worldwide as a consummate student and teacher.  In addition to his 9th Degree Black Belt in Songahm Taekwondo, he is a certified instructor trainer the PPCT Management Systems.  He is a professor of Brazilian Jiu Jitsu, is a Master of Tai Chi and a 7th Degree Master in Kendo.  G.K. Lee has also been recognized for his talent and contributions to martial arts by being named to the Black Belt Magazine Hall of Fame, Taekwondo Times Hall of Fame, United States Martial Arts Hall of Fame and ATA Hall of Fame.   He and his wife, Chief Master Kathy Lee, own and operate seven ATA schools in central Arkansas.

Grand Master G.K. Lee’s thirst for knowledge has kept him on a constant journey of self-improvement even as he has improved the lives—and martial arts skills—of the thousands of students along the way. 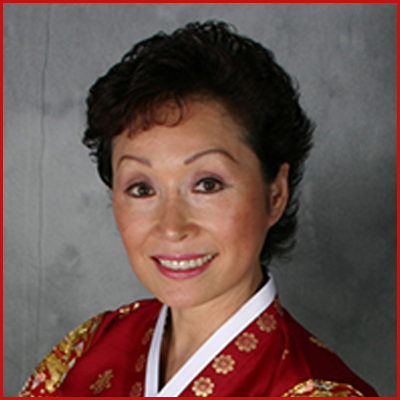 CHAIRMAN OF THE BOARD

Mrs. Sun Cha Lee is Chairman of the Board for ATA Martial Arts and also heads the H.U. Lee Memorial Scholarship Foundation. Continuing the legacy of her late husband and ATA founder, Eternal Grand Master H.U. Lee, Mrs. Lee is committed to changing lives through martial arts and through her philanthropic efforts. Since its inception, the scholarship foundation has provided over $1 million to deserving students. Over the years, she has served as an international ambassador for ATA, its global community, and her home in South Korea. Most recently, Lee took on the responsibility of overseeing the design and building of the H.U. Lee International Gate and Garden in Little Rock, which memorializes her late husband while also sharing the history of Songahm Taekwondo. 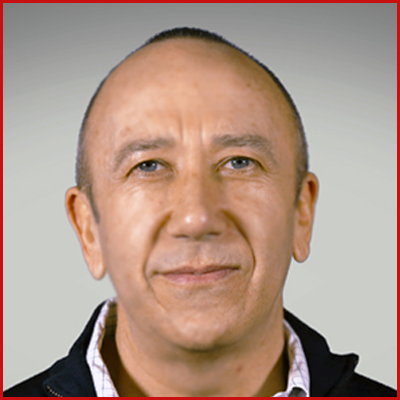 Neil Morton, chief executive officer for ATA Martial Arts, is a profit driven, no nonsense, global operator experienced in business integration, strategic direction and licensing. He has a strong background in national account sales and man management. Having worked across Europe, Asia and North America, Morton has been involved in international trade marketing and contract negotiation. Before joining ATA, he worked for other sports entities including Everlast Worldwide, Dunlop Sports and International Brand Management and Licensing. A conceptual thinker who likes to be challenged, Morton brings a participative management style to ATA’s world headquarters that encourages a high energy, goal-oriented atmosphere to support Eternal Grand Master H.U. Lee’s vision. 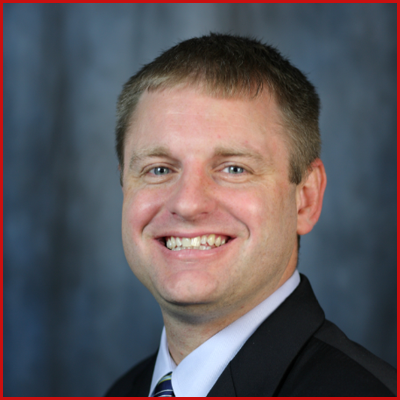 As chief financial officer, Zach Rodgers is the head of accounting and school operations for ATA Martial Arts. With more than 12 years experience in the public and private sector of accounting, Rodgers leads the department while also working closely with human resources and compliance. Prior to joining ATA, Rodgers served in public accounting and more recently as manager of finance for Arkansas’ Bill and Hillary Clinton National Airport, where he managed all financial operations. Rodgers has a Master of Business Administration and Bachelor of Science in Accounting from Arkansas State University and is a licensed CPA in the State of Arkansas. He is also a graduate of Leadership Greater Little Rock and a 1st Degree Black Belt in ATA.

CHIEF OF STAFF TO THE PRESIDING GRAND MASTER

Chief Master Al Dilegge started his martial arts career in 1965 and currently works as the Chief of Staff to Presiding Grand Master G.K. Lee. In the early 1980s, Dilegge was instrumental in the development of ATA’s Karate for Kids program, which was pivotal to the ATA’s expansion to younger practitioners. Dilegge was inducted into the ATA Hall of Fame in 1995 and the Songahm Hall of Fame in 1997. He is currently an 8th Degree Black Belt in Songahm Taekwondo.

8th Degree Black Belt, Sr. Master Betsy Stevens, is the International Chairman of Tournaments for ATA Martial Arts. Stevens began volunteering as a director of tournaments years ago and now helps oversee the annual ATA Worlds, national events and district tournaments hosted by ATA’s headquarters. Stevens has been involved in martial arts since 1985 and has received such honors as Instructor of the Year (presented by Eternal Grand Master H.U. Lee) and the International Service Award for her humility and selflessness. Stevens, who lives in Millington, Tenn., is also the owner of Bartlett ATA Martial Arts.

Chief Master Scott Skiles is currently the Director of Training for ATA International.  He began training at age 9, and his passion for the sport led him to the instructor program when he was only 12 years old. Skiles loved competition and was consistently a Top 10 contender in ATA earning both a World Championship title and a National Weapons title.  Skiles also owned an ATA school for 12 years where he received the “Master Instructor Award” for his outstanding leadership.  As a member of the ATA Headquarters Training Department for 10 years, he has traveled much of the U.S. as well as internationally to Asia, Africa and Canada. His goal for ATA training is to stay on the cutting edge of curriculum and instruction in the martial arts industry.

Crystal Haner is an experienced marketing professional with a demonstrated history in the health, wellness and fitness industries. As the Marketing Director for ATA Martial Arts, Haner creates project plans and schedules to meet the growing needs of ATA and its over 900 licensees. She also oversees media buying and management, digital marketing, print production, social media and vendor coordination. Haner’s ability to manage multiple schedules and campaigns allows her and her team to provide effective marketing solutions to ATA licensed schools and clubs around the world.