How To: Create A Team Sparring Success Story 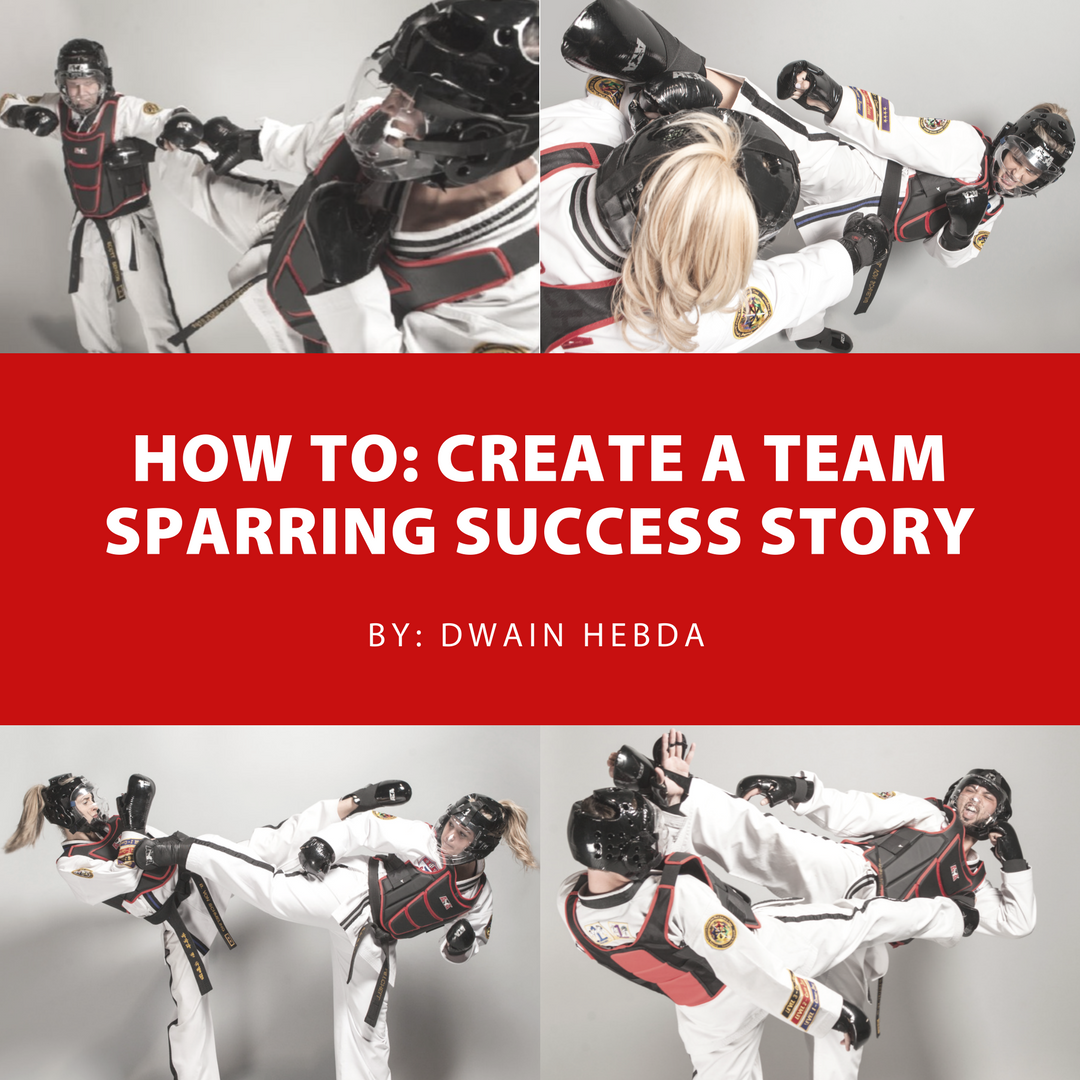 What was once an individual event, sparring has evolved as a category with the introduction of team and weapons competition, adding new levels of excitement to what was already a vital element of martial arts competition.

As with all team activities, the pursuit of success in team sparring means involving individual effort and accountability with a thoughtful team approach and strategy.

Chief Master Cesar Ozuna, 8th Degree Black Belt and member of the ATA Masters Council, who is based in Florida, and Isaacs have both been integral in revolutionizing sparring as a team event.

Isaacs said tournaments are won or lost long before the actual competition, during conditioning and other drills, because it is there that team bonding happens, which is a key component to a champion program.

“When you train hard with your brothers and sisters in martial arts you create this deep bond, this feeling that you can accomplish anything,” he said. “You learn to trust your teammates. You rely on their strengths and help strengthen their weaknesses. Once this happens it becomes more about ‘we’ instead of ‘me.’ ”

To build camaraderie, “Train together as much as possible… and do some fun activities together too,” Ozuna said. “Make them understand that the team must win, not just one of them. You must be a team; no matter how much better the other team is, we can win by being a consolidated team that works, thinks, acts and fights as a team.”

Teachers should also realize their role as tacticians when it comes to tournaments Isaacs said, by assembling a squad of varying fighting styles and body shapes to match any opponent. Utilize these differences; a team that fights too similarly in style is easier to defeat because that limits matchup options.

Come tournament time, it is important to stay engaged and deploy each fighter strategically for maximum benefit.

“Keep your best two fighters for the first and last round to start strong and make up points if you are losing after the fourth fight,” Ozuna said. “The last fighter must be a very relaxed and controlled fighter; use well-rounded fighters in the middle contests. No individual egos allowed; it is a team that must be solid as one.”

In training, remember that sparring success doesn’t necessarily go to the bigger or stronger of competitors, but often hinges on those who put in the extra time on the fundamental building blocks of increased endurance, footwork and strategy.

Footwork isn’t always the most glamorous of drills, but very easily makes the difference between victory and defeat. Improper footwork means poor balance, which slows down a competitor on offense and hampers the ability to move out of harm’s way on defense.

“You have to be ready to move and if you don’t have good footwork, you are flat on the floor and you’re an easy target,” Ozuna said.

An element of the sparring repertoire that’s wholly dependent on balance and footwork is the ability to counterattack. Every offensive maneuver provides some sort of opportunity to score, but only if a competitor can react quickly enough to take advantage of it.

“To counterattack you have to be able to move while the other person is also moving,” Ozuna said. “I don’t believe in running [during a match] so, whether you’re moving to the left or to the right, backward or forward, your footwork plays a vital part of moving and pivoting.”

Ozuna added that it’s important for instructors to teach not only technique, but the basic biomechanics of human movement including transfer of weight as it relates to change in direction.

Isaacs, a 6th-Degree Black Belt who has been competing for more than 20 years, drills students on footwork through use of a training ladder, available at most sporting goods stores, which teaches students to be light on their feet. He also preaches crisp combinations, steadily increasing the complexity of the drill.

Every drill is more effective with athletes who are in shape. Ozuna favors interval speed training, which includes sprints with basic calisthenics performed on either end of the run.

“I have a drill that we do on a football or soccer field,” he said. “We go 100 meters on a soccer field and at the end we do 100 situps and then we come running as fast as possible, hopefully under 13 seconds, the 100 meters and do 30 pushups on the other side. The idea is to do at least 10 rounds of this. I have them do that at least twice a week, but if you can do three, it’s even better.”

Ozuna said the sprints help develop speed and power as well as endurance for sparring while the intensity of the drill helps shape mental focus.

“It’s the brain that controls the body and if your brain is dead your body doesn’t follow,” Ozuna said. “When we do that conditioning for our kind of sparring, it’s to improve our focus and mental toughness, too.”

Another mental element of competition is the ability to quickly break down an opponent’s fighting style. Isaacs said this sort of strategy on the fly demands fighters adapt to rapidly unfolding scenarios while still maintaining the fighting style that best suits their natural skills.

“Whoever you’re competing against, you want to know what they’re going to do as it helps you formulate a plan of attack before you even get into the match,” he said. “When I’m working with my students or guys that are on my team, if we’ve never seen a fighter before, we want to watch them. What leg they put in front, do they like to switch feet a lot, do they like to do repeat multiple kicks, do they like to punch more, are they faster, are they slower. That will help us set up a better plan of attack to engage that opponent."

“But it depends on your strengths also. There are fighters that are more flexible or stronger, or faster. Personally, I’m more of a counter fighter — you try to open me up and I’ll counterattack off of what you are doing.”

Learn from the Experts

Both sparring champs stressed the importance of instructors seeking new resources to help improve their teaching for new fighters and experienced sparrers alike. The SCORE program recently introduced by the ATA is one such tool.

“The SCORE program we’re teaching for coaching the sparring and teams, it works for everybody,” Ozuna said. “You have people at different levels. The person that has no idea what they are doing, you have to go from the beginning, from scratch. Working on stances, working on the basic technique, teaching them how to kick, how to block, how to defend, how to dodge."

“If you’re an expert, you still reach a plateau where you don’t go anywhere else. Those people are even harder to teach because now you have to make them better even though they already have an idea and you have to change habits.”

Remember that Grand Master Emeritus said "there is always more to learn" so follow the training calendars and be sure to take advantage of some of the exciting seminars!  Stay tuned for more details on Fantasy Sparring Camp in the summer of 2018!

The principles of training, technique and strategy, that are successful in hand-to-hand sparring are also useful in combat weapons sparring. And, as Chief Master Cesar Ozuna explained, the weapons event is itself a good training tool in that provides additional challenges to combatants.

Master Jesse Isaacs has developed a simple but effective drill to improve reflexes and reaction time in his athletes.

“It comes down to how fast they can move across three feet of a stick, so their reflexes have to be a little bit faster,” he said. “We put them in a sparring stance, we have them shut their eyes and I underhand toss a tennis ball at them and they open their eyes and have to catch the tennis ball before it hits the ground. We don’t chuck it at them, we just kind of toss it in the air, but that’s still a fast reflex and they have to make quick decisions.”

Author: Dwain Hebda | Originally published in Vol. 23 no. 2 of the ATA World Magazine.

The 2021 Virtual Spring National Results Are In!