How To: Master The Sword

Learning The Art Of The Blade Is A Lifelong Process 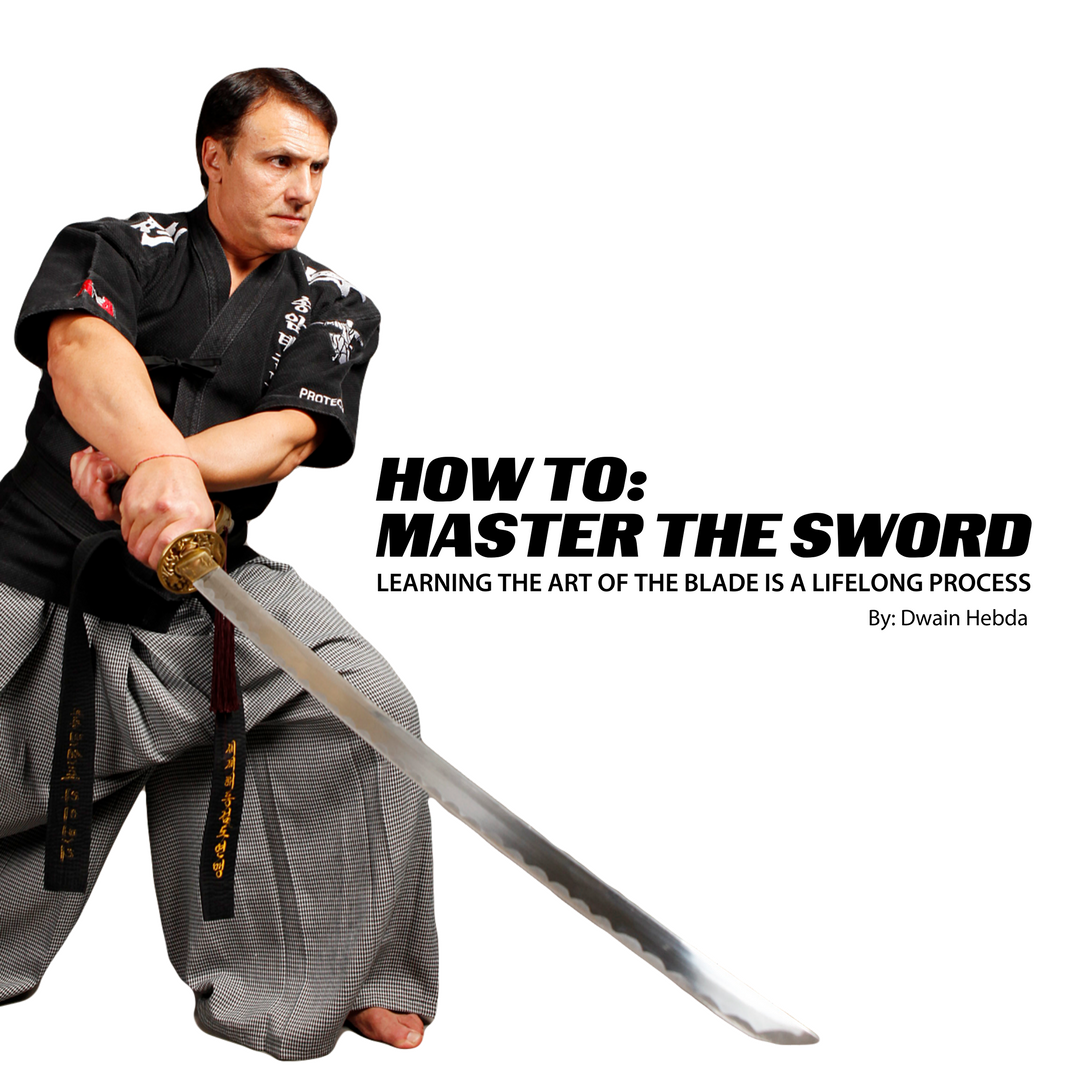 It’s not hard for the art of the sword (gum do) to capture one’s imagination. To watch any demonstration or sword competition is to be transported back to an ancient time known for strength and endurance. And just as with other martial arts, swordsmanship is a continuing education, no matter how often one trains or for how long.

“It’s a beautiful art form,” said Chief Master Vincent Raimondi, an 8th Degree Black Belt and one of the most recognized sword masters in ATA Martial Arts. “I started Taekwondo when I was 12 years old, I started gum do 16 years ago and it’s awesome. I really enjoy that art and I love to teach that art.”

Plus, it’s just a really cool weapon!  As Grand Master In Ho Lee said, “It is one of the most ancient weapons.  It was generally perceived throughout history that the person wielding a sword was upright and righteous and could also be a protector when danger arose.”

History of Gum Do

The history of the Korean sword is complicated. Although the weapon can trace its lineage back 3,000 years, shifting cultural attitudes and political forces nearly led to the Korean sword’s extinction. According to SwordsOfKorea.com, art and beauty were more highly coveted than warfare in ancient Korean culture, and were it not for aggressive neighboring countries against which Koreans had to defend, the art form might not have originated at all.

As it was, Korean craftsmen became highly skilled in the production of swords and native warriors were formidable in putting such creations to use. Swordsmen were celebrated throughout the Three Kingdom era (57 BC-668 AD) during which time Korea’s innovation and manufacturing techniques were sought after in neighboring countries.

Despite a general disdain for warfare in the 1300’s, Korean swordsmanship has survived as a beautiful and technically challenging martial art that can be practiced at virtually any age, Raimondi said.

“Anybody can start doing it; if you go to Korea, they are five or six years old and they know the sport already,” Raimondi said.“ I actually think it’s much easier for very young children than older kids because you can really explain it to them and have fun with them. If you know how to explain it right, then they are going to mold to that teaching.”

Individual sword training includes a series of basic moves including drawing (bal-do) and sheathing the sword (nap-do), during competition, testing and other sword performances.  In Koran culture, many new gum do practitioners begin with a wooden sword to allow for mastery of basic elements.  In ATA, students are encouraged to begin sword training with tools designed for safety and protection so that the student can approach the gum do without fear of any sharp element and build on the foundation.

“This is so the student understands the position of the hands and where the blade of the sword will be and the top of the sword will be,” Raimondi said, noting that as a student progresses through the ranks, he or she may graduate to a non-sharp metal sword and finally a sharp weapon.

Building on the Foundation

While progressing through your training, students find that the gum do takes you through many challenges physically. “As you start to learn the angles and start striking, the sword will start feeling heavy,” Raimondi said. “You work out your arms, forearms, your shoulders, your back and that brings about fitness too. Anybody who does gum do, you’re going to see their forearms are big, I mean really built up.

“Believe it or not, when you start working with the sword, you will have a good workout and the next day you’re going to feel every muscle of your body, especially the shoulder, the triceps, the biceps and the forearms.”

Training also works out the legs, the strength of which (combined with balance) is key as the student learns to find his or her center of gravity while maneuvering the sword through various positions or alternating between offensive and defensive movements in a competition.

ATA has several sword options.  Most students begin with a traditional sword, a two-handed weapon, to start becoming familiar with how it works.  The broad sword is a one-handed sword, which allows a martial artist to show the artistry of the weapon, and the potential danger it could pose in a real life situation.  The ATA-Xtreme swords are specifically designed to help a competitor move faster and add more performance value.  The double sword is for the pros who really want to show their gum do strength and talents.  This is the newest sword introduced by ATA Martial Arts and continues to gain popularity.

Regardless of your age or rank, know that the gum do is a traditional weapon you can embrace and train with, which will even help within other aspects of martial arts.  Grand Master Lee said, “The gum do will help you with resistance training and will even help with your training in other weaponry.”  So keep learning just as Chief Master Raimondi suggested and maybe one day you will be a sword master too!

- Time, patience and practice are among Chief Master Raimondi’s words of advice for mastering the sword. -

“Strategy in swords is the same thing as fighting in regular Taekwondo. It’s just how fast you are, how smart you are and how fast your eyes are to see an opening to score.”

“I’ve been doing this for such a long time, martial arts, and you never stop learning. You’re always a white belt. I don’t care how good you are, or what you do, every single day of our life is a new experience. There’s always something different. Bruce Lee once said, ‘When you close the coffin, that’s when you stop learning.’ ”

Here are some terms used for gum do that will better help you understand the sword.

Author: Dwain Hebda | Originally published in Vol. 23 no. 4 of the ATA World Magazine.