"It’s great for Arkansas any time we can attract a world headquarters,” said the Honorable Asa Hutchinson, governor of Arkansas. “The fact that ATA International has decided to call Little Rock home is another example of the incredible quality of life our state has to offer, not to mention the many attractions for businesses and our strong economic climate for growth.”

The new 45,300 square feet ATA World headquarters will be built on a more than three-acre site. The new facility will include several water features, in which water will flow from one another and symbolize the passing of knowledge from instructor to student. The centerpiece of the World Headquarters is the Songahm Star in the plaza garden, which will be the entrance to the complex and is the central axis that organizes the site. Another important aspect of the new World Headquarters will be the museum, which will provide a first-class experience to tell the story of Eternal Grand Master H.U. Lee and the history of the ATA.

“We’re excited to move our new World Headquarters into the heart of the Riverdale area.
The new facility allows us to better serve our licensed school owners and will be a reflection of ATA’s focus, which is providing students the highest quality martial arts instruction available that people of all ages can enjoy,” said Ed Wright, chief executive officer of ATA International. “ATA is an inspiring organization and our new World Headquarters will reflect on both the past and future aspects of our business.”

ATA is partnering with Nabholz Construction, to build the new headquarters, which was designed by Wittenberg, Delony & Davidson Architects. The new facility is scheduled to be completed August 2016. 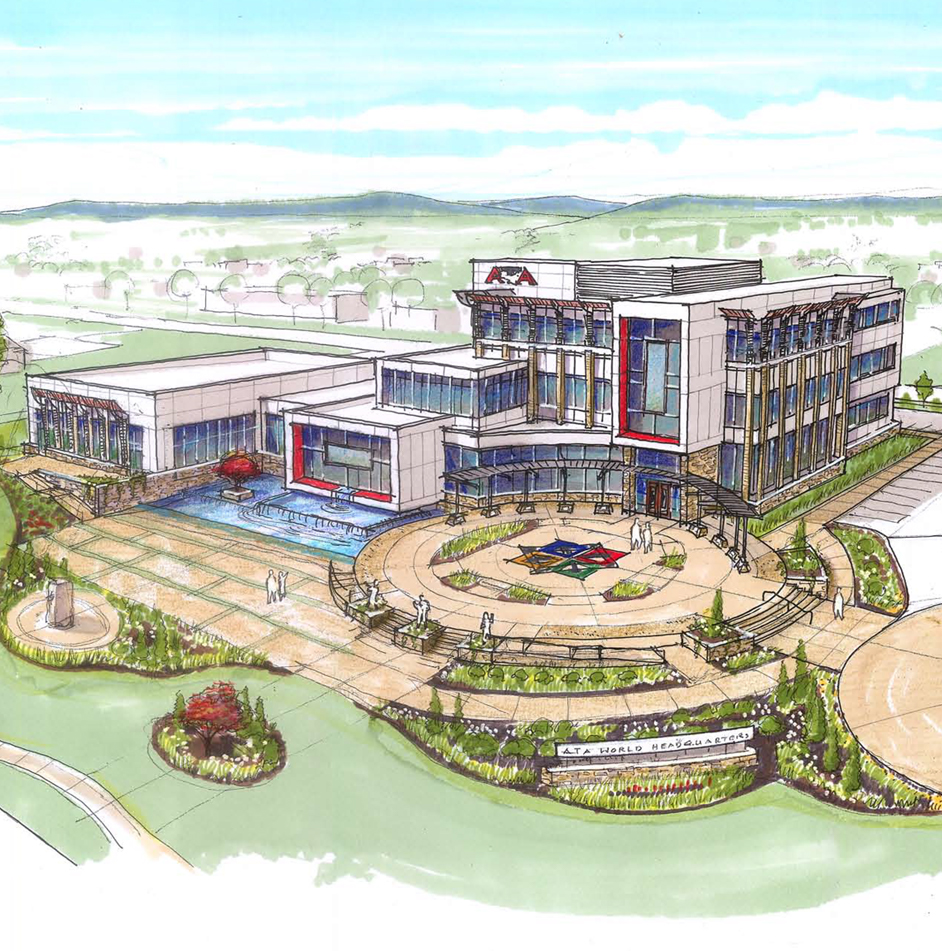 ATA is one of the world’s largest martial arts organizations dedicated to the discipline of taekwondo. The premier martial arts leader in North America, ATA International continues to grow in Europe, Australia, Asia and around the world representing over 1,200 independently owned and operated licensed schools in 21 countries. With 300,000 active members, ATA is a pioneer in the martial arts industry because of its unique Songahm style curriculum. Founded in 1969 by Eternal Grand Master H.U. Lee, the organization’s World Headquarters are based in Little Rock, AR. In addition to offering programs teaching taekwondo, self-defense, weapons training, life skills, and character building, the ATA also sanctions over 300 tournaments around the world each year.